It was an American fish hatcher who first made me reevaluate everything. I’d pulled into his Oregon forest hatchery in a rainstorm, in search of a rumoured creek campground, and amidst the questions I was used to answering – why are you cycling around the world? did you know there’s an aeroplane? – was the one I used to have a pre-packaged answer to.

What’s the most amazing thing you’ve seen cycling around the world?

I used to say Angkor Wat, the temple complex in Cambodia. Or I’d say the moon in the mountain valley that dropped me from the Pamir Highway into Kyrgyzstan. Or the Bosporus, the end of my long solo ride across Europe. But this time I paused, kind of apologetically, and explained it was probably the moment a week before when I’d watched my oldest friend hold her newborn son for the first time and say, “Mama’s got you.” 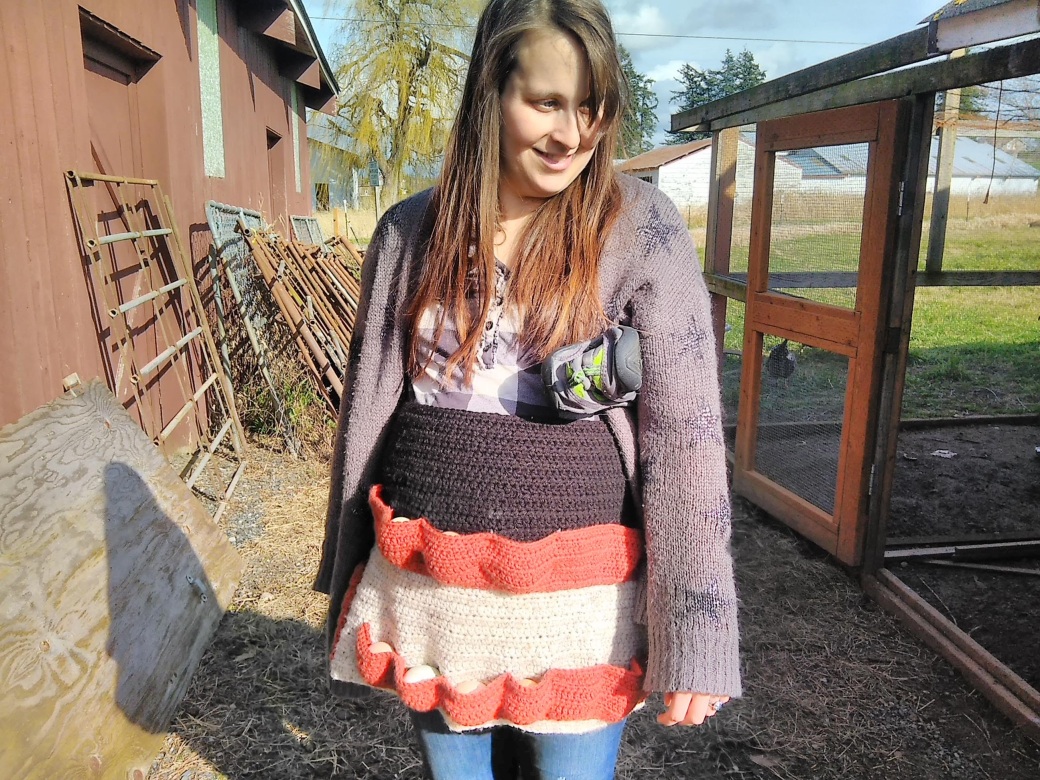 It was better than my first words to him, which were, while attempting to swaddle for the first time, “you look like an angry burrito”. And I say “seen”, really the whole moment is lost in a caffeine and adrenaline-fuelled red mist. When B and I casually arranged for me to land at her home in northern Washington a week or so before the baby was due, neither of us had forseen that it would end with us in the delivery room, with me shouting the same motivational slogans I would have shouted at her during our school sports days if we both hadn’t bunked off every time it came round. 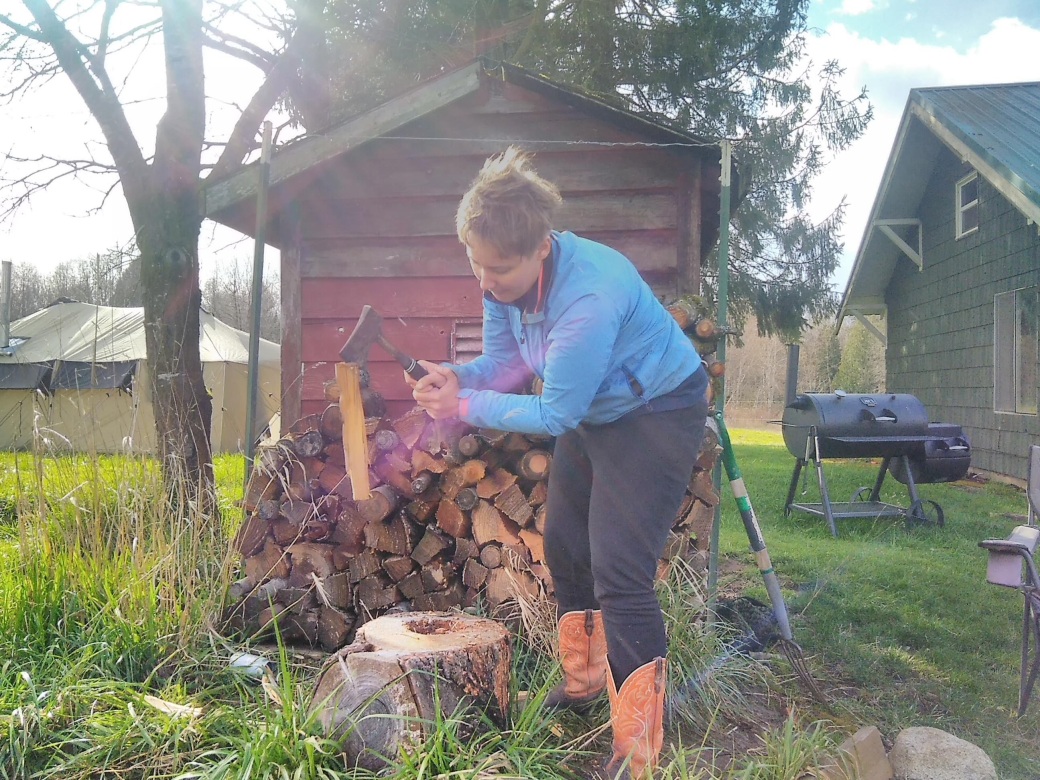 I had arrived in the USA on a tumultuous high. My cycle around Southeast Asia had been a struggle. When I landed in Thailand at Christmas – feeling uncertain, confused, unsure I wanted to carry on – I planned a route that took in little to no risk whatsoever. My self-confidence, sharpened to a penknife’s edge in Kazakhstan, had crumbled. I grossly underestimated what I could do on my own, and as a result had spent most of my 4 months riding on motorways and passing long, dull hours in cheap motels.

Until the last month. The end of a lonely stretch found me in the Laos capital, Vientiane, at the same time as two friends also cycling the globe; and when I left them I cycled, restored, straight into what turned out to be Thailand’s dinosaur playground.

I sped past Stegosaurus and animatronic dinosaurs; I was beside myself. I challenged myself to a hilly detour on the last day into Bangkok and whooshed through silent rain forested valleys thinking: THIS is what everyone was talking about. I left my bicycle at my second home, Spinning Bear Hostel, and flew to meet my sister and her boyfriend in Hanoi, Vietnam, where we stuffed ourselves with banh, got up at dawn to learn Tai Chi on the sundeck of a cruiseboat on Halong Bay and tried not to giggle as we tripped over ourselves and each other and the morning sun cut through the caste mountains.

Back to Thailand, and I took a train down to the coast to meet up with Rolling East, the first friends I made on the road. One day turned into two and we swam and sunbathed and fed monkeys and I realised, as I came home to Bangkok for the last time and packed my bike for the flight to the USA that I was back to my old self. I was ready for the next leg: Canada to Mexico.

Mentally, perhaps, but maybe not physically. B’s American husband said to me one afternoon as we drove past mountains to the gas station, “you did look quite harried when you arrived. You looked like someone who’d spent a year on the road”. I had fallen into their lifestyle like a hot bath: I fed horses in the morning then sat in their cavernous huntsman’s tent watching the coffee bubble on the woodstove; in the evenings we put our feet up and watched horror movies on Netflix. 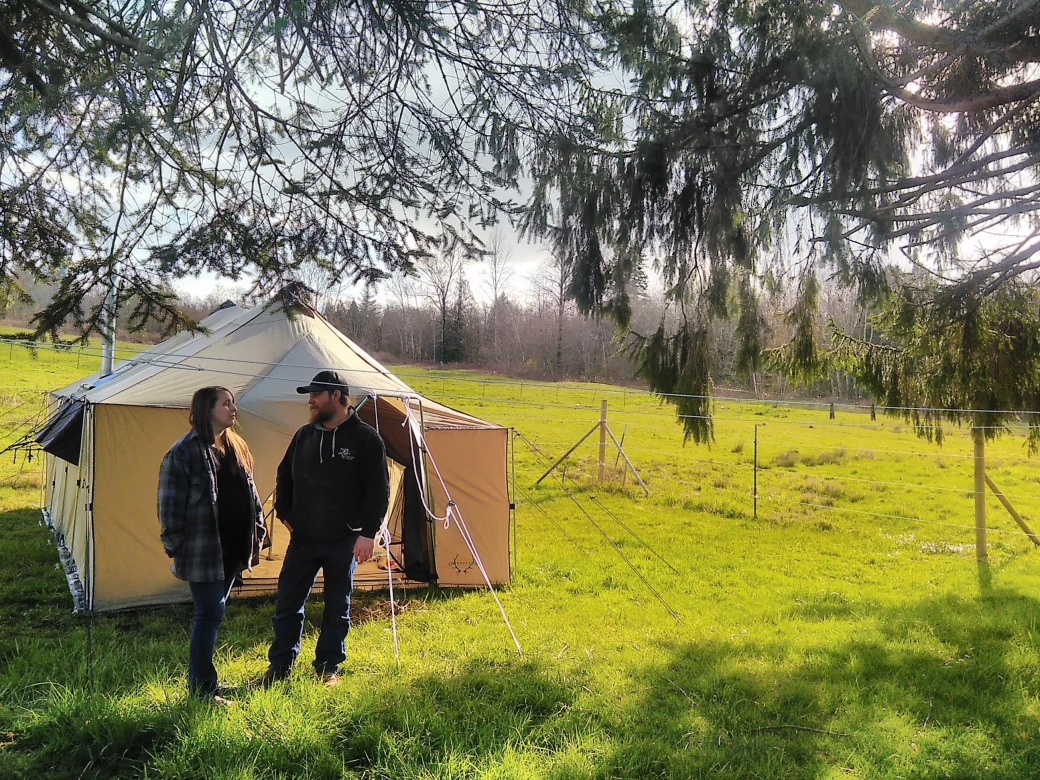 I left them a beautiful baby son richer, cycling into the pouring rain on a cold April morning, suddenly reminded how heavy a fully loaded bike was. It was an innocuous start to my PanAmerican adventure: my back had been in spasm all night, and for the first time since I’d arrived in the USA, the rain never eased. I was heading south slowly via the San Juan islands, and as I started to climb into the forest of fir trees along the Pacific Coast the rain seeped through my jacket. I was staying with hosts from the cycle touring network Warmshowers that night, and never have I heard more welcome words than when I heard Don call through the rain from the doorstep: “You have arrived!”

I haven’t stayed with many Warmshowers hosts; I camped when I could camp, and I was worried I’d be bad company after a long day in the rain. But after Don and Carol had ushered me in and set about drying my waterlogged kit I stood and dripped rainwater onto the floor of their beautiful guest apartment, its wide windows overlooking the Pacific bay and the storm I had escaped, and I thought: what a fool I was for not doing this sooner.

I made up for lost time, of course, and we talked over dinner and the crackle of the woodstove in the corner of the room and the whistle of the freight trains near the shore; we talked more over big mugs of coffee in the morning and I set off into a spring day, past oyster farms and fir forests to Deception Pass State Park. 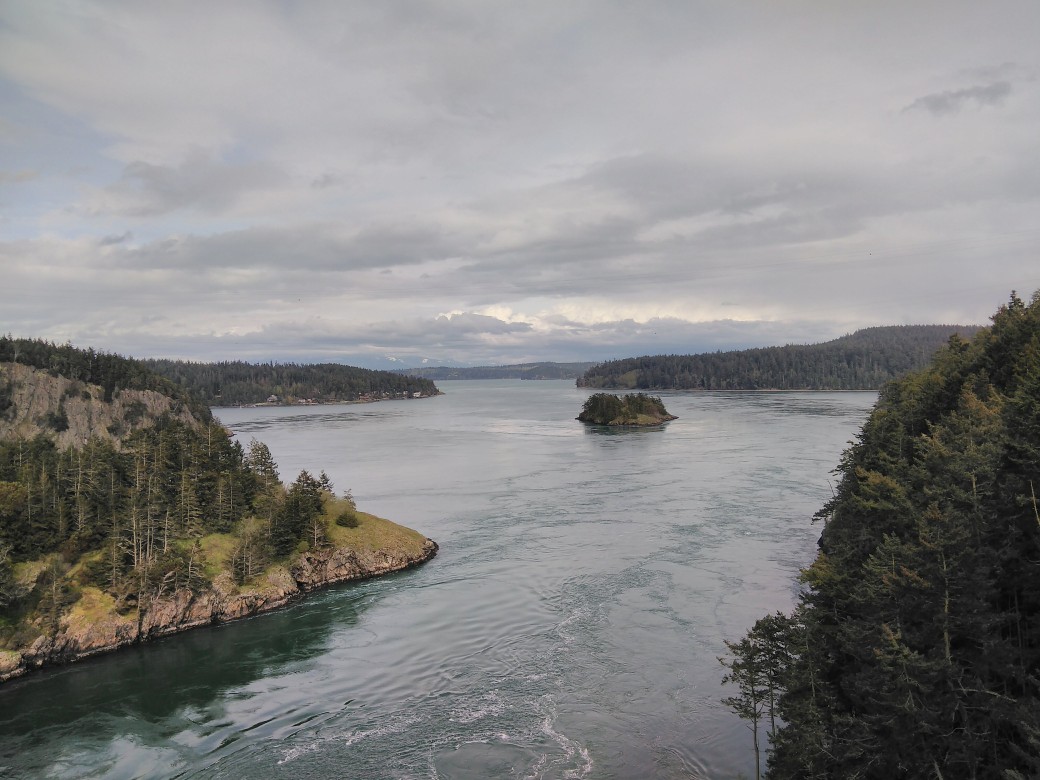 I pushed my bike up slippery trails to one of its dedicated hiker biker campsites. Back in Europe, Rolling East and I joked that we ought to make the most of the plush campsites, because we would miss them when we were stuck atop a mountain in Kazakhstan. And here I was, on the other side, in the USA: I had a fire pit, a picnic table and a cavernous glade all to myself. A doe walked in and watched me make dinner, and I fell asleep reading stats about the number of people who had been eaten by bears in state parks because they couldn’t be bothered to do their washing up.

The next day eye-watering beauty – and gradients – led me across Whidbey Island; it has been a while, a few continents, since I stopped somewhere to have my lunch just because it was too beautiful to ride past, but a seaside cove was enough to make me screech to a halt. I rode away from it with a pebble ringed by a white line in my barbag; a beachcomber gave it to me because it meant good luck.

It was a short distance but a grizzly climb to my Warmshowers hosts that night, but I was fuelled by driving enthusiasm (and a pint of IPA I had on the ferry over). Dan and Lys Burden are cycle touring celebrities; founders of the American Adventure Cycle Network whose route I was following to Mexico. Lys and I swapped stories before she went to bed: she told me how to ride on sand in Mexico, and showed me the National Geographic article that had been written about their first cycle tour, done before cycle touring was cycle touring. Standing next to a photo of herself taken decades ago, a determined woman hunched over a laden bicycle in Baja California, she said to me: “It’s a wonderful life, isn’t it.” 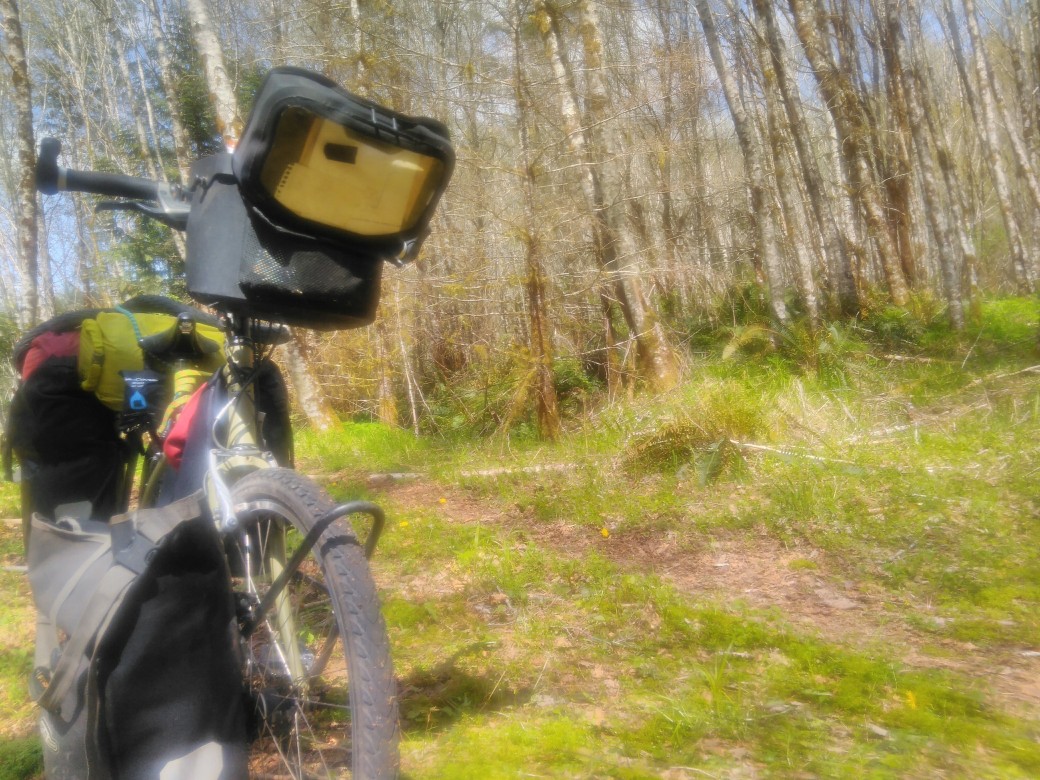 Later I sat in her guest kitchen and watched the splendid sunset behind Mt. Baker and carefully arranged the photo of my godson’s footprints – made seconds after he was born – so that they would fit next to Ewan McGregor in my handlebar bag. And I thought, it really is.

One thought on “The most amazing thing”

There was an error retrieving images from Instagram. An attempt will be remade in a few minutes.