There is a computer game called The Evil Within, a notoriously difficult horror game. It took me 31 hours to complete it, and over the course of the game I died 442 times, or once every four minutes. Once every four minutes I failed, waited for the game to reload while regretting my life decisions, then tried again, and four minutes later failed again. For 31 hours.

Reader, it was that kind of mentality that got me through northern Greece.

It all started so auspiciously. A tailwind blew me over the last mountain that separated me, in Philipi, from the sea and I stopped only to Instagram the ocean and bask in the congratulations of some Greek motorcyclists then rolled down into busy coastal Kavala. So busy, in fact, and so cobbled, that I found myself beside the ferry port and decided: what the hell. I rolled my bike to the ticket window and bought a ticket for the next boat to leave the mainland, which it transpired was heading to the island of Thasos.

I left Thasos on a Sunday, which is an unremarkable fact unless you are a cycle tourist in which case the mention of a Sunday has probably made you break out in a cold sweat. I had forgotten about the European tradition of closing everything on a Sunday since it had gone out of fashion in Slovakia – so, food panniers and tummy empty, I rolled into the carpark of the first Lidl on the mainland and thought, this is a bit quiet.

Cycle touring is not a stressful activity, but what is stressful is the fact that even a tiny slip up can land you in real trouble. And when you are touring for a long time, and you’re tired and hot and thirsty, you are more likely than ever to make little slip ups, like forgetting that everything closes on a Sunday. I looked at the map and realised that I was unlikely to pass another town for two days – I was following the coast through the wide, wild Greek national parks that joined up river deltas. I stopped at a petrol station and bought cereal bars, ice tea and crisps, and fuelled only by the peach I’d had for breakfast set my mind to crossing the 100km to the next campsite, which promised a minimarket and a restaurant.

Forget pacing, gear strategies and tailwinds: music can get you through almost anything. So with Metallica in one ear I got my head down and flew – well, trundled more quickly than usual – around the Nestos river and back down to the coast. The campsite’s restaurant didn’t take cards and – of course – I’d also failed to withdraw any currency, so I bought a tomato with my remaining Euros and paired it with what was left of my spaghetti.

I had another 100km to cover the next day – across the most remote part of the coast – if I wanted to reach another town and replenish my food stocks, so I set off at a good pace away from the sea. But this was, evidently, a week for forgetting everything I’d learned in three months of cycle touring, and in a move that will send other cycle tourists into further fits, I decided to follow a footpath across a mountain that Google had highlighted as the pedestrian route, instead of making a big detour around the mountain on the road.

It began well, and even when the road deteriorated to loose gravel and rock I cast my mind back to my adventures in Bosnia and skidded gleefully. For some reason I find climbing offroad easier than climbing on road so I stood on the pedals to rush the steep ascents, then made tiny adjustments as I flew down. The sea – still, deep blue – merged with the sky on my right, and in between the hundreds and hundreds of olive trees tantalising trail markers pointed off to things like “ancient acropolis”, “city wall fragment”.

And then I fell off. It was inevitable, I’d lost the bike and skidded a few times already, but as I crossed the first hill and started descending the path became even more abstract and the descents much sharper. It was a trail you could probably cross on a mountain bike: you couldn’t do it on a loaded touring bike. So over the handlebars I went. I picked myself and the bike up and decided it wasn’t worth the risk so close to the cliff edge, and that I would – for the first time this trip – have to resort to some good old fashioned bike pushing.

It took four hours to extract myself from that mountainside, that alien landscape. Luckily I was carrying six litres of water, because the sun beat down on that hillside and even with a sea breeze I could feel myself overheating as I strained my underworked arm muscles to slip and slide the bike up the cliffsides. When I emerged, finally, onto an asphalt road, about as tired as I’ve ever been, it was just 16km to the nearest town – Alexandropolis – and a campsite. I arrived and flung myself – all blood and dust and sweat and chain oil – into its restaurant, where I think I ate every vegetable on the menu. I bought a beer and went and sat on the beach as the moon rose and I realised that this really was it: I had just 53km to cover to the Turkish border. It was 31 July, and 1 August marked three months exactly since I pedalled away from my home in London. 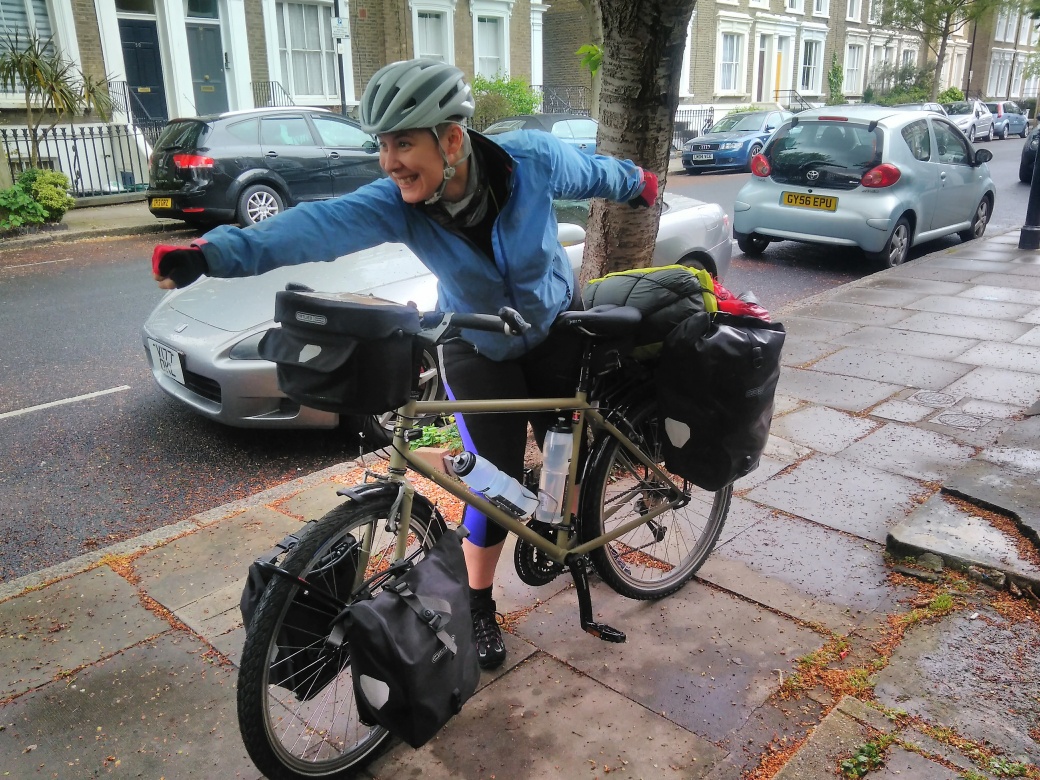 There was a synchronicity, too, because while I sat on that beach at the end of Europe Miranda was preparing to leave London to join me in Istanbul. I wondered if there was anything useful I could tell her; if there was anything I would say to Liz-of-three-months ago if I could travel back in time. And I thought: no, there isn’t. Yes, she would make some questionable decisions; she would find herself climbing mountains she didn’t need to and scrambling over rocks; she would be hungry because she couldn’t be bothered to cross a road to go to what would transpire to be the last supermarket for miles; she would be freezing cold in a winter snap in Holland and then later get heatstroke and be rescued by a Bulgarian in midsummer. But there was no advice in the world that would prepare her for all those eventualities; except to push on, always push on, and never stop answering every question with “there’s only one way to find out”, and she would find herself on the sandy fringe of Europe exactly three months later trying to remember the names for constellations in all the languages she’d encountered.

The next day I pulled out of the campsite and into a 40kph headwind. Moving at 7km an hour, I crawled doggedly, earning every single metre, to the border at Ipsala, where a Turkish family in the passport queue sprang out of their car to give me cans of cold drinks, bottles of water, and a chocolate-filled croissant. This was, I thought, a good omen.

And it really was. I crossed no-man’s land (my favourite!) slowly because every group of soldiers that I passed wanted to wave and chat; at the Turkish border the officer called his friends over: “Elizabeth is cycling to Istanbul!”

Then I was out onto the Turkish motorway. There are mixed reports from cyclists about riding on these but mine – the E84 – was flawless tarmac, with a wide hard shoulder that kept me well away from the traffic. When I crossed it was 5pm and I had another 33km to get to the town where I’d planned to stay in a hotel and recharge my phone and myself, and my heart sank as the wind rose. But then a strange thing happened. Lorry after lorry, car after car, wagon after wagon honked in greeting as it passed me. People on the road waved at me as if we were old friends; people off the road waved at me; people who had nothing to do with the road – shepherds, a Turkish cowboy – stopped what they were doing to wave at me. It bolstered my mood so much that into the wind and across Turkey’s rolling hills I crept, then on up the last 100m to the nearest big town Kesan. 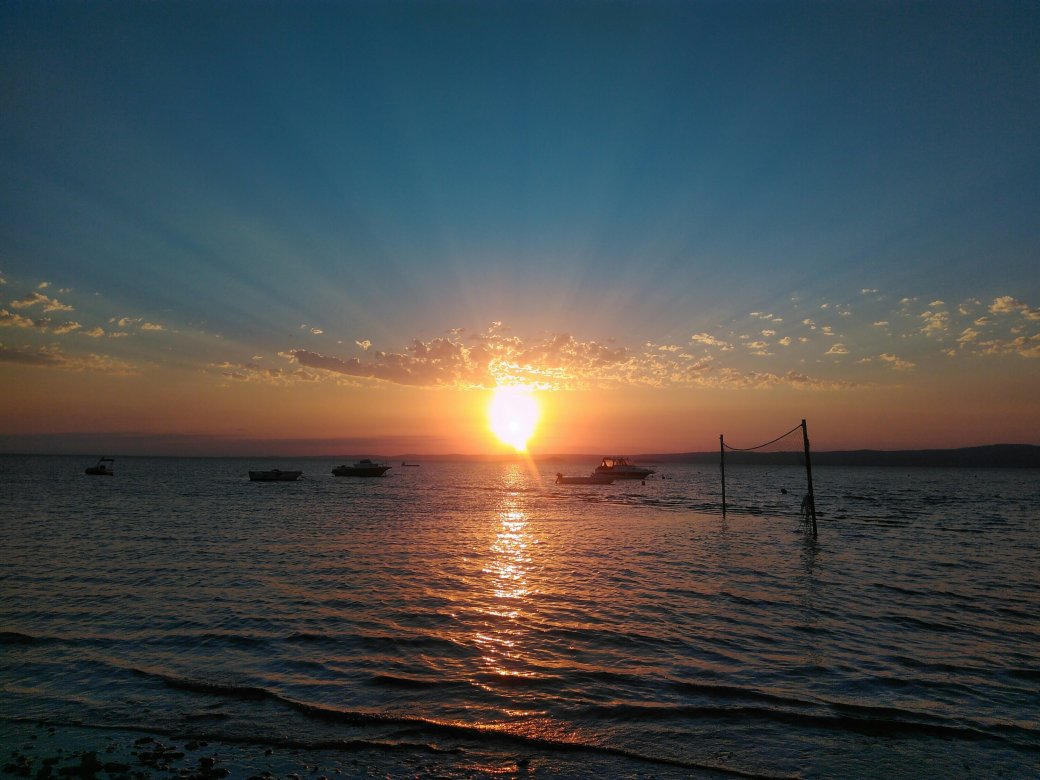 I struggled to cover ground as quickly as I was used to over the next few days, as I rode from Kesan to Gallipoli and then on, crossing the Dardanelles for 0.65p on a ferry, to Bandirma. But not because of the heat – although that was extreme – or the hills, or the headwind. Rather it was the exuberant, warm generosity of the Turkish people that saw me stopping at least once an hour.

Barely 20km would pass without someone pulling over – HGVs on the motorway, a car in town – to pass me a bottle of cold water or a soda.

On the highway between the Dardanelles and Biga – my first ride in Asia proper – I stopped for lunch on the hard shoulder and was beckoned into the tent of a woman selling fruit at a roadside stall, who set out a table of vegetables and water and olives and chilli peppers for me to add to my picnic. In Biga a white van full of Turkish men stopped alongside my bicycle to welcome me to their town.

The next day, riding to Bandirma, I crossed a range of hills with the help of men and women selling melons. As I huffed and puffed up the hill in the midday sun every stallowner I passed waved me over with one hand while they sliced me a free chunk of melon with the other, or held out an entire melon for me. I crossed that hill about six melons heavier than I’d started. The owner of a petrol station I’d pulled into to buy a Calippo sat me down in his restaurant and restored me with Turkish coffee; and 10km later, as I turned away from the highway and towards the sea a university professor from Ankara charmed me into joining him for cups of sweet tea.

“You are my VIP guest”, the owner of ANT camping told me when I arrived on my bicycle at his idyllic beachside campsite that evening, an oasis of pine trees amid the olive groves, and he proved this with the single greatest act of kindness you can show to a cycle tourist: he let me use the washing machine for free. 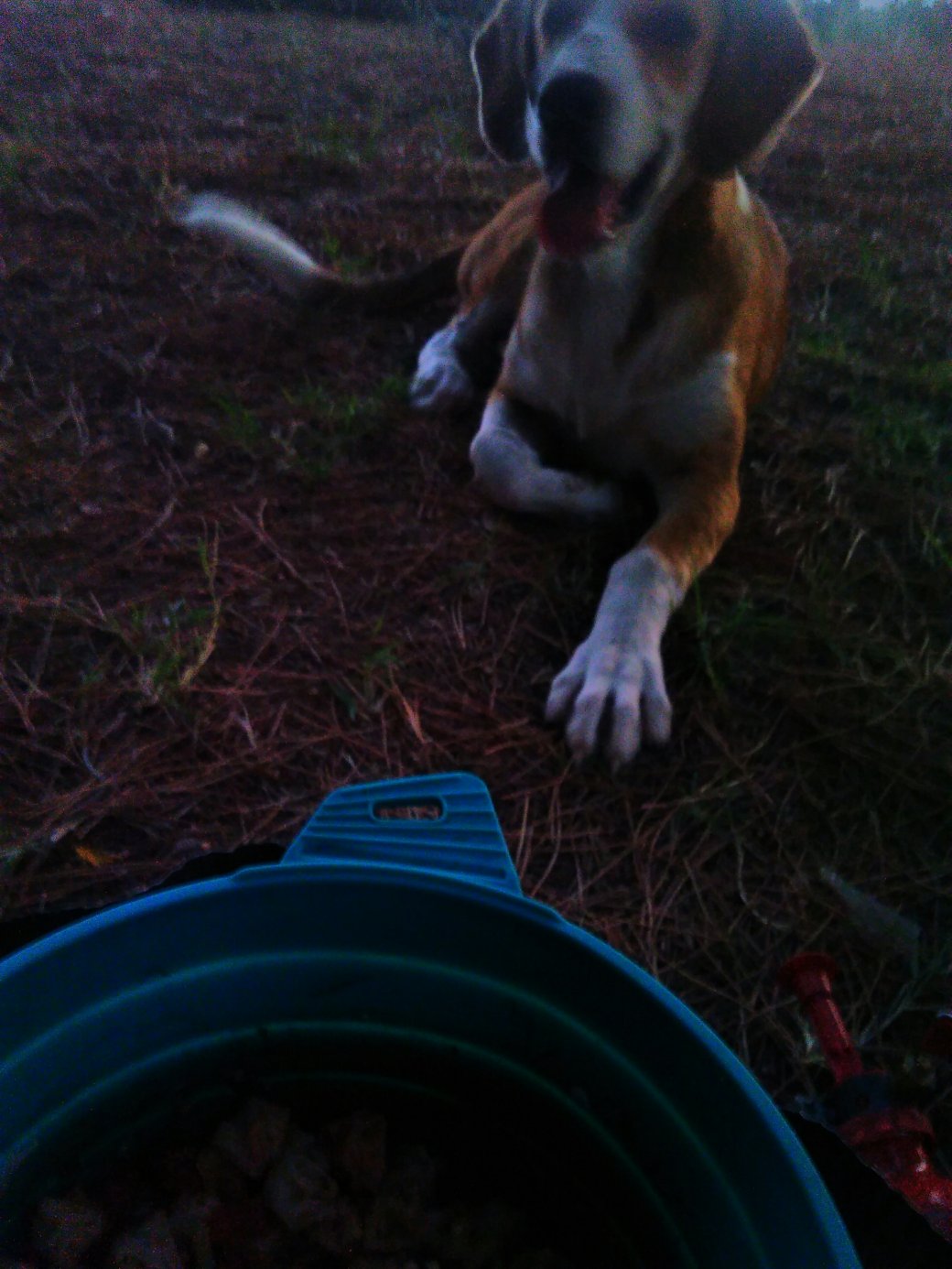 I had set up my tent and was looking out across the Marmara to Istanbul – its port heart now just a short boatride away – when he came over to ask me to sign the guestbook he reserved for “VIPs”.

My instinct and my habit was to write out some stats – distance travelled, time taken, campsites visited – and sign off, but I stopped myself. I thought, and then I drew a little picture of a bicycle, and I wrote: “Even though I have been cycling alone in Turkey, everywhere I go I feel like I have friends.”

3 thoughts on “There’s only one way to find out”