What makes the perfect campsite?

One thing I’ve discovered since I started cycling around the world is that my pitch priorities have changed dramatically. On weekend expeditions with friends in England we’d look for a good space to congregate and make lots of noise; somewhere with a shop where we were allowed to light campfires. But when you’re cycle touring, campsites become your second home, effectively your bedroom on worknights. Just like you wouldn’t lay down your weary head in a bedroom in the middle of Piccadilly Circus on the eve of a 7am meeting, when you’re cycle touring, the last thing you want is to end up on a party campsite metres away from a group of teenagers at the start of their summer holidays.

Despite the hyperbolic title, this isn’t a definitive guide, because camping is so subjective –  my main consideration was whether or not you could get a good night’s sleep. Second, depending on when you make camp and when you break camp, you might end up spending a fair few hours there as well, so I prioritised places with a good view. I sort of bore facilities in mind – things like free Wifi and picnic benches – but I adore wild camping, so that’s not really a huge priority for me. Everywhere I’ve mentioned, with the exception of wild camping spots, was somewhere I’ve left a portable battery plugged into the mains in the toilet, with no anxiety.

What is a huge priority for me is not being surrounded by campervans, which are rife in western Europe. Nothing kills your wild buzz faster than an evening spent gazing through the frosted window of someone else’s home-on-wheels at moving pictures on their television screen. Price was a final, but major, consideration, because I’m on a tight budget: I (think) I dismissed anywhere that charged you extra for showering, because I think that’s mean. 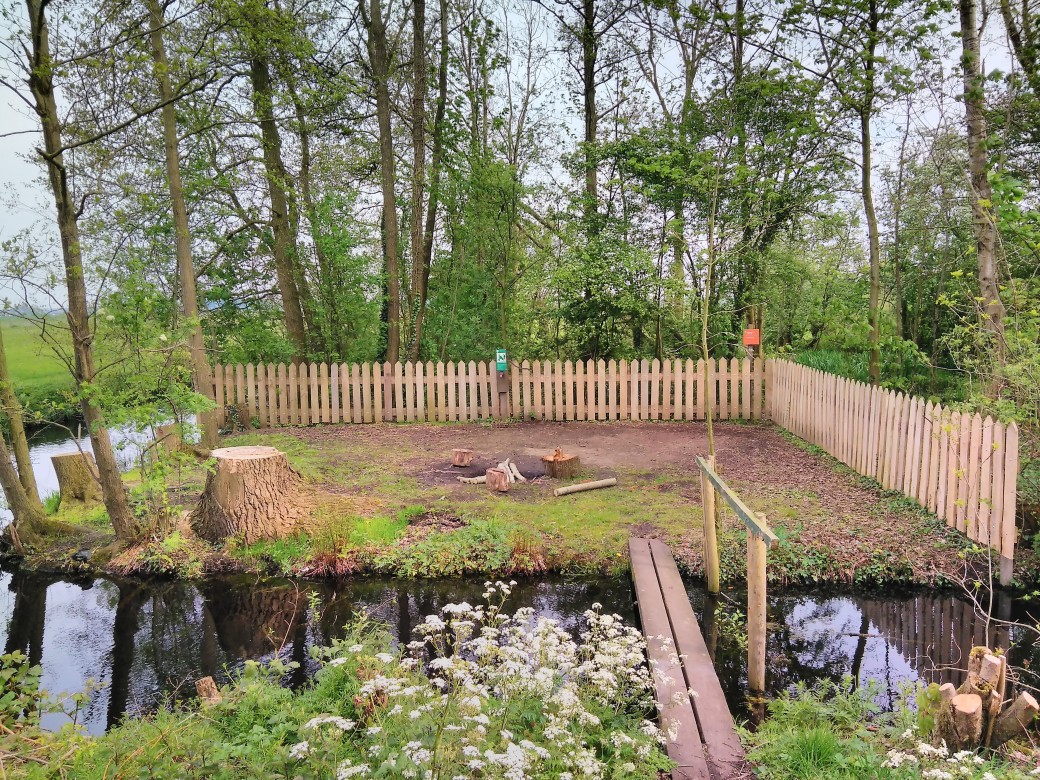 It’s legal to wild camp at pole camping sites (so-called because there’s a wooden pole in the middle) in Holland, and this one, near the famous windmills at Kinderdijk, is a winner. There’s a waterpump (not for drinking but good for clothes and pot washing), a fire pit, a view down the canal and trees to string up a washing line. Obviously it lacks frills – it’s wild camping – and you will get curious looks from passers-by on the towpath, but this is a great way to gently break yourself into free camping at the start of the Rhine. It’s a little tricky to find – look for the two planks across the stream that marks its perimeter – but that’s half the fun. 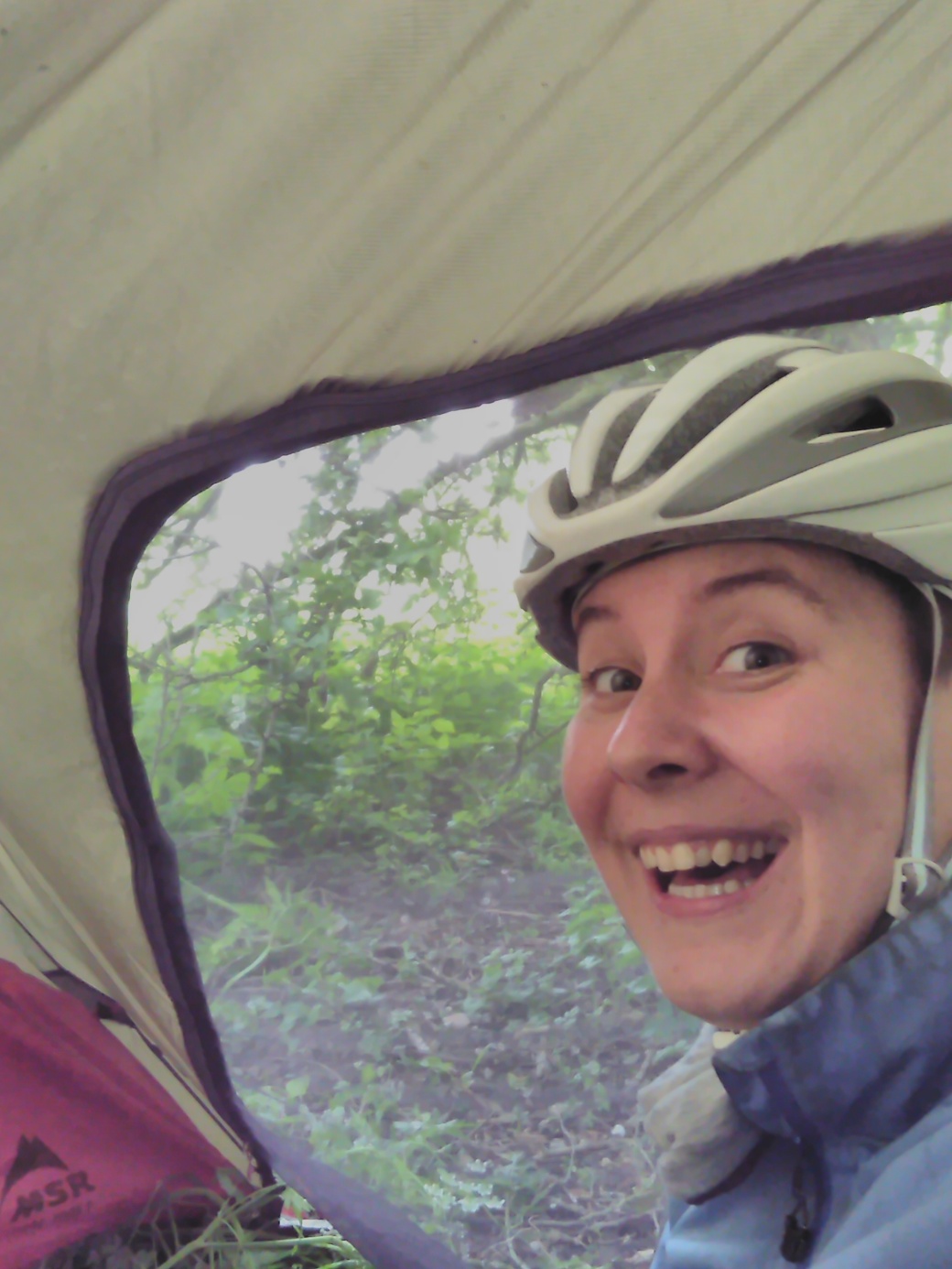 Outside pole sites wild camping is illegal in the Netherlands, although it’s generally tolerated if you Leave No Trace, aren’t on private land and clear off early in the morning. So if you were cycling along the Lekdijk towards Wijk bij Duurstede and you passed a nature reserve that surrounded a lake, and there was a little path you could follow down towards the river that snaked behind the forest and was obscured by the road, you might want to check it out. Peace and seclusion, a water source (the river – treat and filter the water if you plan to drink it!), no frills.

A finer place to be herded to by the Dutch police I could not have asked for. I arrived very late and still bagged a wonderful riverside spot – probably one of the best on my trip. Thumping bass drifted over from clubs in nearby Arnhem, but that’s probably only an issue on Friday and Saturday nights. There’s a lovely-looking cafe, and the owner, Peter, went out of his way to be friendly and helpful: he would not rest until he’d managed to get the cap off my MSR fuel bottle, which I had screwed on too tightly with my mighty mighty strength.

Yes, it’s full of caravans, but this campsite just around the bend from the famous Loreley Rock, which juts so aggressively into the Rhine that it forces it to change direction, has such a long riverfront that you’ll still be able to get a tent with a view. Nicely maintained toilet and shower blocks are sensibly dotted along its length too; there’s a brilliant shop; and you’re close to some wonderful hikes up into the forests. Two trainlines run along the Gorge – all night – so bring earplugs. Particularly impressive is the sight of huge cruise boats skidding around the tight Rhine bend.

It ain’t cheap, but it ain’t bad considering its proximity to the second-most popular tourist spot in Germany, the pretty historic town of Rudesheim. Tent-dwellers are relegated to the back of the campsite, away from the river, which is one of my pet hates; but this place, in the heart of Riesling country, redeemed itself with its Rhineside wine terrace, and by stocking bottles of its own house white. A relatively cheap place to stay and check out Rudesheim, Bingen and the vineyards.

Another great view of the river at this campsite near Bonn, where you are basically free to put up your tent wherever you like, caravans be damned. But the real draw is its beer garden: its small, beach-style bar serves cold local beers by the half litre, within staggering distance of your sleeping bag.

Free Wifi, free power, a huge, crystal clear lake in the middle of a nature reserve and a lakeside lawn for tents: this hidden gem was probably one of my favourite campsites along the Rhine. It involves a diversion away from the route and the river: but as there aren’t any campsites on the long-ish stretch between Mainz and Worms, I would suggest crossing the river at Oppenheim and heading east to spend the night here. The riding is easy, along flat, quiet country roads, and you can rejoin the Eurovelo by crossing the bridge into Worms without adding too many KM to your journey.

The French really know how to camp. It’s worth crossing over to the east bank of the Rhine towards its southern end, which runs through France to Basel, to make the most of the country’s cheap and excellent campsites and to counterbalance the €24 a night you’ll find yourself paying in Switzerland. The municipal campsite in Gambsheim is a fine example: it’s super cheap, there’s plenty of space for tents – you’re not penned in by campervans – and there’s a lake to swim in. 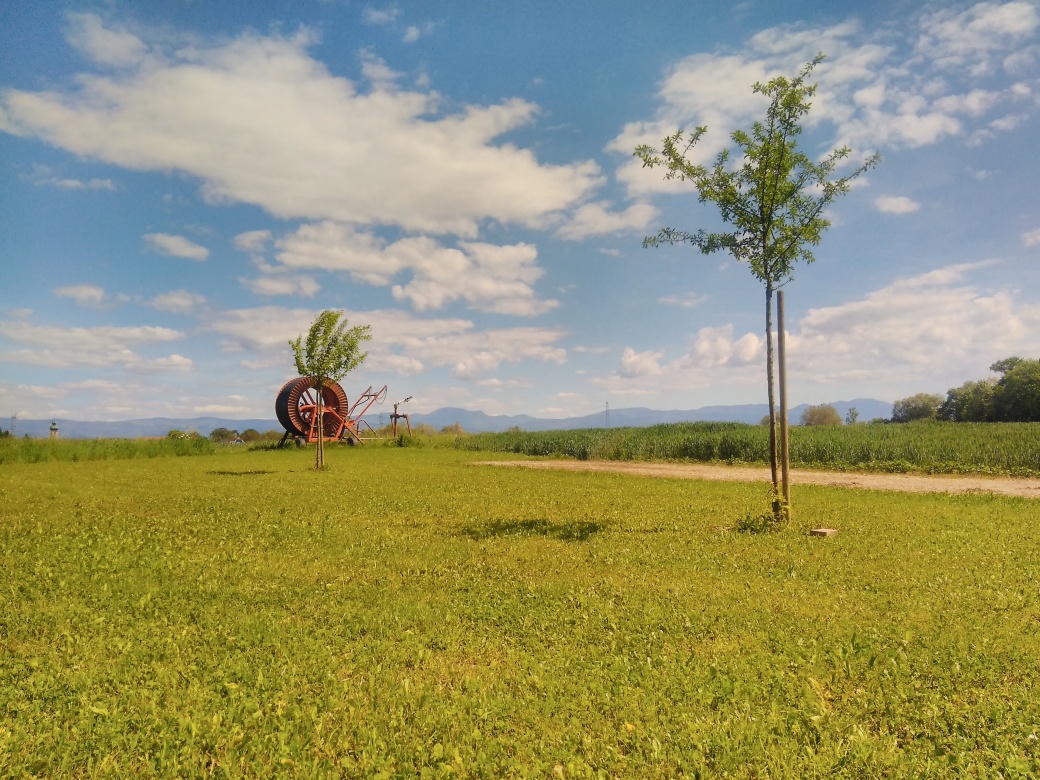 Another wonderfully cheap French campsite. I might have been biased because I was the only person on its tent field – a campervan did turn up but they were  friendly so I forgave them – but this spot, bounded by forests and overlooking the cornfields down to the mountain, was blissfully peaceful. 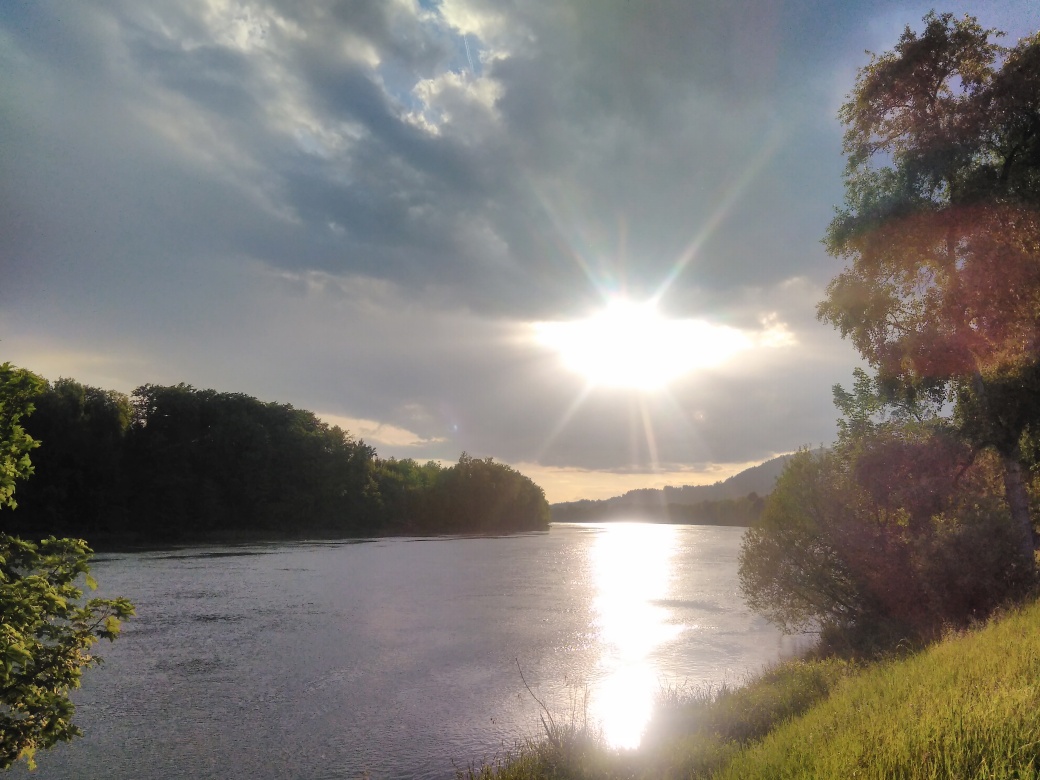 This canoe-rental place, on the banks of the Rhine as it gradually narrows towards its source in Switzerland, has a great riverside “naturplatz”. It’s rarely busy because it doesn’t particularly advertise itself as a campsite, but that means you get the swish showers, wonderful views and secluded spot all to yourself. There’s a restaurant and beergarden next door, and a discount supermarket about a five minute walk away.

Honourable mentions: Camping L’Oree Du Bois, Colmar, France; nice place for tents beside an orchard. Landgasthof Camping, Stein am Rhine, Switzerland: great facilities and swimming in the Rhine, but tents are packed in fairly tight and the cost is steep – but average for Switzerland.